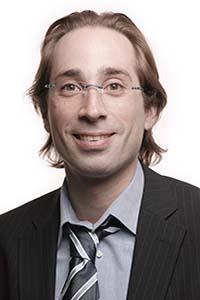 Ir. Jeroen Broekhuijsen is responsible for the topic Digital Twinning at TNO, the Netherlands Organisation for Applied Scientific Research. He has been working on Digital Twins since 2008 in various fields (Smart Cities, Mobility, Earthquakes, Flood Defenses, etc.) and is currently focusing on the Smart Industry market which is heavily involved in adopting new ICT technology.

Jeroen wants to create successful ecosystems in Smart Industry to enable new ways of business based on data, analytics and simulation/modelling. His goals are 1) to create adaptive & autonomous production lines that can be 2) tested virtually using models and simulation in an infrastructure that 3)  also enables Small and Medium Enterprises (SME) to apply Digital Twinning.”

“Factories of the Future are fully connected, operate autonomously and adapt to their environment. These factories will be able to handle new materials, new products based on unique customer orders without loss due to quality issues or machine outages. This is the promise of Industry 4.0 where many (not just factory) cyber physical systems are interconnected and able to deal with changes. Achieving this promise for Smart Industry is a big challenge, it will still require years of research.

What does it mean to operate autonomously and adapt? How can the factory establish which operations to link together to create the new product, how can it determine new behavior of machinery and how can data, models and behavior linked in a way that it can self-learn?

Currently Industry is just starting with these goals and factories are just now figuring out how to deal with massive amounts of data, simulation models for components, machine learning and re-designing their processes and products. These fields are linked in what’s currently called “Digital Twins” where industrial design, material & physics and machine control are using state of the art ICT.

This talk will explore Digital Twinning for Cyber Physical Systems, based on Smart Industry examples and opens up discussion on research topics for the coming 5 years.” 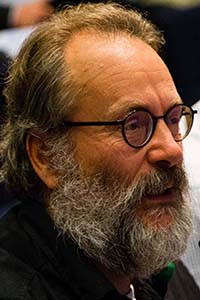 Tom Hoogenboom started his career at Philips in e-beam lithography in the 1980’s, working on system aspects and machine software definition.
After a sidestep into Philips Medical Systems (Magnetic Resonance Imaging Software) he joined ASML in 1998 as a system engineer.
Specializing in Software Technology, Tom guided developments related to the machine control of the PAS and TwinScan lithography machines and the development of the second generation YieldStar metrology tools.
Today Tom’s focus is on the SW infrastructure needed to control nm feature placement at the sub-nm level. Tom’s special interests are the social aspects of software engineering and specifically SW as enabler for cross-enterprise team collaboration.
Photo credit: Bram Saeys. TNO-ESI symposium 2014, TU/e Blauwe Zaal, Design Challenges for Tomorrow’s High-Tech Systems

Integration of a Cyber Physical System-of-Systems

ASML is a patterning/lithography Company
Used in ‘fabs’ anywhere in the world where chips are manufactured, ASML’s lithography machines help to produce the chips that power most cyber physical systems and the big data revolution.

Chips are made with data
In manufacturing of chips, control of placement at the sub-nanometer level (>5,000,000 dpi) is essential to keep following Moore’s Law (economy of scale). Today this is done by a system of systems (‘Cyber Physical System-of-Systems’). The CPSoS consists of the lithography machines (the ‘printers’) and separate measurement tools to detect nm-scale variations. A complex software system simulates all aspects of the printing process for the purpose of monitoring and improving it (the ‘digital twin’).

Two digital twins are married through horizontal and vertical integration
For security reasons sensitive data must stay inside the fab premises.
So in practice we operate the CPSoS as a pair of digital twins:
1. Process twin:
In each customer fab we simulate all aspects of wafer processing relevant to lithography.
2. Equipment twin:
At ASML headquarters we simulate the operation of the machines, but we do not use (since we do not get) data that is related to the actual products being made by them.

Vertical Integration
Vertical integration within the digital twin ensures that all lithography system layers are correctly interacting with each other.
• For the process twin the customer fab IT team and lithography experts are the key integrators.
• For the equipment twin this is done by ASML.

Horizontal integration
ASML designed IT systems, in the fab and at ASML headquarters, are used to enable horizontal integration of the lithography process steps in a so-called ‘holistic’ approach. This ensures that each system layer operates with best efficiency and within the tightest possible control limits.
These IT systems link the process and equipment digital twins together and as a result their ‘marriage’ creates the additional nm benefits – allowing us to continue to scale down, following Moore’s Law. 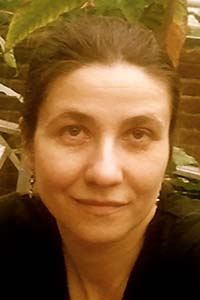 Madeleine Gibescu received her Dipl.Eng. in Power Engineering from the University Politehnica, Bucharest, Romania in 1993 and her MSc and Ph.D. degrees in Electrical Engineering from the University of Washington, Seattle, Washington, U.S. in 1995 and 2003, respectively. She has worked as a Research Engineer for ClearSight Systems, and as a Power Systems Engineer for Alstom Grid, in Washington and California, U.S. From 2007, she has worked as an Assistant Professor for the Department of Electrical and Sustainable Energy, Delft University of Technology, The Netherlands. Between 2013-2018 she has worked as an Associate Professor of Smart Power Systems with the Electrical Energy Systems Department, Eindhoven University of Technology. Since Sept. 2018 she has been appointed as Professor in the area of Integration of Intermittent Renewable Energy, in the Copernicus Institute for Sustainable Development, Utrecht University, The Netherlands.

If our electricity supply system is to become (almost) 100% renewable over the next 20-30 years, taking into account also the increase in demand coming from the electrification of heat and transportation sectors, many challenges arise regarding maintaining the generation-demand balance over various time scales and geographic areas, while respecting network capacity constraints. The use of flexibility on the demand side is a key instrument for ensuring reliability in a future, renewable-dominated power system. Recent advances in ICT have opened the door for turning old-fashioned, centrally-controlled power systems into smart grids, or cyber-physical systems, based on distributed control architectures. Such systems consist of many interacting smart devices, installed either directly at the electricity network level, or at the producer and end-user premises, each capable of sensing and (semi)-autonomous decision-making. In this context, a multi-agent system is the appropriate design and operational paradigm, due to its scalability, robustness and ability to handle uncertainty and complexity. But what should be the nature of the intelligence embedded in these smart grid agents? In this talk we explore the abilities to predict from historical data, learn from the effect their actions have on the environment, and arrive at decisions which are in some sense optimal. We will present a few machine learning applications in smart grids, starting with electricity demand forecasting [1-2], and ending with controlling the flexibility response in the built environment using extended Joint Action Learning [3] and Deep Reinforcement Learning [4]. 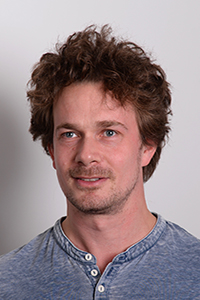 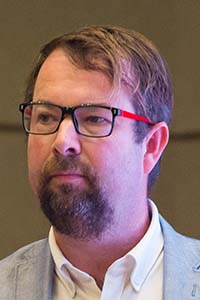 Flirt with Reality — Math is the bridge