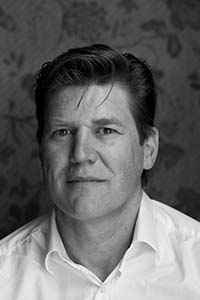 Michiel Hulsbergen is CEO and co-founder of DialogueTrainer, which started as a Utrecht University project to train large groups of students, and has since developed into a commercial organization active in and outside of the Netherlands. Michiel is author of two books, about emotions at work and mediation, and has published about how emotions refer to implicit learning objectives. Michiel has studied as a psychologist and organization scientist and has a keen interest in evolutionary psychology to explain why we behave as we do, also in organizations.

Thee virtual pratice doctor: developing communication between doctors and patients from both sides

DialogueTrainer started as a Utrecht University project, to train large groups of students in communication skills through interactive digital scenarios. After initial success, founders Michiel Hulsbergen, prof. Johan Jeuring and Henk van Zeijts, started DialogueTrainer as a business venture aimed at marketing the platform and content thereon. Last year, DialogueTrainer participated in an EIT funded project with three Universities: Utrecht, Bucharest and Edinburgh, and a Dutch care organisation Vilans, to develop a Virtual Training Doctor. Based on the idea that communication is a two-sided process for which doctors have already trained, this is perhaps the first case in which training is aimed at the non-professional side of the doctor-patient interaction.

As a successful valorisation, we have learned lessons about turning science – and vision – into a company. What is the importance of having and validating an idea? Why is it most important as a valorisation, to focus on the why and how of a venture and not just on the software, which will initially not be finished? What benefits does a valorisation from University have, when it comes to finding and engaging the right personnel? How do you protect ideas and IP, when science is also about sharing information for knowledge development? These are some of the questions Michiel will gladly share his perspective on. 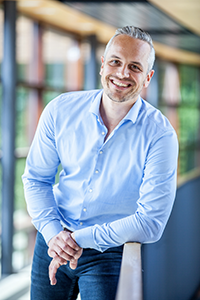 Pieter Van Gorp has obtained his Ph.D. degree in Software Engineering at the University of Antwerp. Since 2008, he has been an assistant professor in Information Systems at Eindhoven University of Technology. His research focuses on platform support for personal health data. In 2015, he has launched GameBus, a data-driven platform that rewards you for performing healthy activities in a social manner. He had previously designed an execution platform for securely analysing Personal Health Records (PHRs) in the cloud. Van Gorp is also known for his work on reproducible research and model transformations for UML, BPMN and Petri-Nets. Since late 2017, Van Gorp is managing the health-related research programs of the Data Science Center Eindhoven. In 2018, he has also performed PHR research at Utrecht University of Applied Sciences.

ICT Valorisation at TU/e: reflections from the GameBus.eu PI

Valorisation of research results is often perceived as the final step in long running funded research trajectories. In this talk, I will clarify how for GameBus.eu it was in fact innovation funding that has boosted new funded research opportunities. I then reflect on my personal lessons learned and try to derive some modest recommendations for my scientific peers.